With our head office in Canada (Brandon, Manitoba) the dedicated team of Visa2Canada services all Canadian corporate & individual immigration needs. We provide services in the English language, but we are also able to speak Dutch, German, Mandarin, Tagalog, Spanish and Afrikaans. Dutch clients can reach our office in Canada by dialing a Dutch phone number (see contact details).

The office was launched by Regulated Canadian Immigration Consultant Ingrid (Gerharda Lambertha) Reuvekamp-Been in 2003 although Ingrid has been involved with Canadian Immigration since 1997. Ingrid is dedicated to the practice and study of immigration law. Her passion developed from her fascination with persons who wished to leave everything behind and begin a new life and business abroad. This passion grew steadily through the process of guiding farming families through the complexities of immigration. Now, Ingrid is an immigrant to Canada herself and knows first-hand what must be done in order to fulfill immigration requirements for the government of Canada.

Mrs. Reuvekamp-Been’s roots are in the agricultural sector:

Ingrid (G.L.) Reuvekamp-Been is a member in good standing of the following organizations:

Mrs. Reuvekamp-Been is authorized to conduct foreign worker recruitment in the provinces of Saskatchewan and Manitoba, but does not actively seek employment for applicants. She does however, work actively for employers and is very experienced at guiding employers successfully through the foreign worker program.

At Visa2Canada our team is ready to assist you with efficient, cost effective & practical solutions regarding your immigration and/or hiring needs. 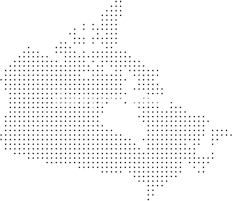 Let us
help you get
started!

Have any questions or concerns? Send us a message below.